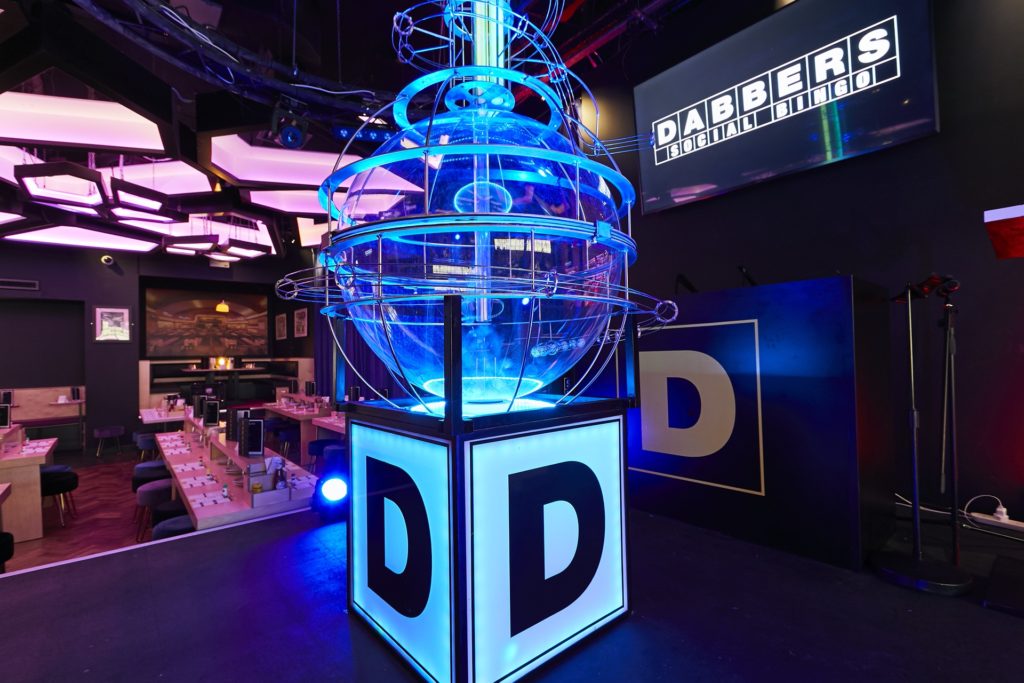 Bingo is a big part of British culture.  Surely everyone has a grandparent that loves a night down the bingo?! In recent years however, bingo has been reignited for the younger generation.  No longer a pensioner’s game, bingo has been modernised for us millennial’s, and transformed into a more raucous, entertaining version of this British pastime. With 21st century music, glorious prizes, hilarious games, show stopping performances, and outrageous comedy; bingo is back!

Dabbers, located in Shoreditch, East London, is the most recent social bingo club to hit the scene and is the UK’s first permanent, modern bingo venue.  During each week, there will be 12 different versions of the game on offer.  From ‘high stakes bingo’ every Tuesday, that sees contestants battle it out for large cash prizes, to ‘bingo voyage’, where winners will win a holiday (this is definitely the game I will be returning for).  There is also ‘vintage bingo’, which will offer a more traditional interpretation of the classic game, ‘family bingo’, ‘pick ‘n’ mix bingo’, and many more!  Amongst all of the weekly bingo games, there are also a wide range of bingo events such as Speed Dating, LGBT cabaret shows, UV nights, and bottomless brunches!

I was invited by LovePopUps London to the press launch for their new Social Bingo evenings. Check out the launch video below!

As soon as you enter the venue, there is a definite party vibe.  We were provided with prosecco, cocktails, and canapes on arrival, and mixed with people in the bar, before making our way downstairs into the bingo hall.  Luckily, we were one of the first to arrive, so we managed to bag ourselves front row seats and ultimately a perfect view of the stage.  Food and drink menus had been placed on our tables, along with our bingo cards, and of course, our dabbers!

The show started with a huge musical number, as singers and dancers appeared on stage warming up the audience for the night ahead.  We were introduced to the striking ‘bingo blower machine’ which reminded me of the ball machine on the National Lottery.  It was definitely cool to see the balls flying around inside and being sucked up into the tube where they were then picked and called out.

The bingo began and as each number was called, I began very competitively dabbing them off, line by line.  My favourite gimmick to the game was the ‘Disco Ball’ element.  There is music constantly playing in the background, on a volume low enough to hear the numbers being called (although there is also a large screen displaying the numbers in case you miss it), but every once in a while, if a special number is called out, there is a “disco ball’.  Disco Balls require everyone on their feet as the music is turned up full blast, and chaos breaks out! One girl started doing the ‘slug’ across the floor, a dance off broke out on stage, and a guy walking (well, dancing) on his hands started making his way across the room!  The disco balls definitely bring the party to life and are all well-known songs to ensure everyone can sing along. A good example is when the number 17 was called – of course that is an excuse for ABBA’s Dancing Queen to be played! 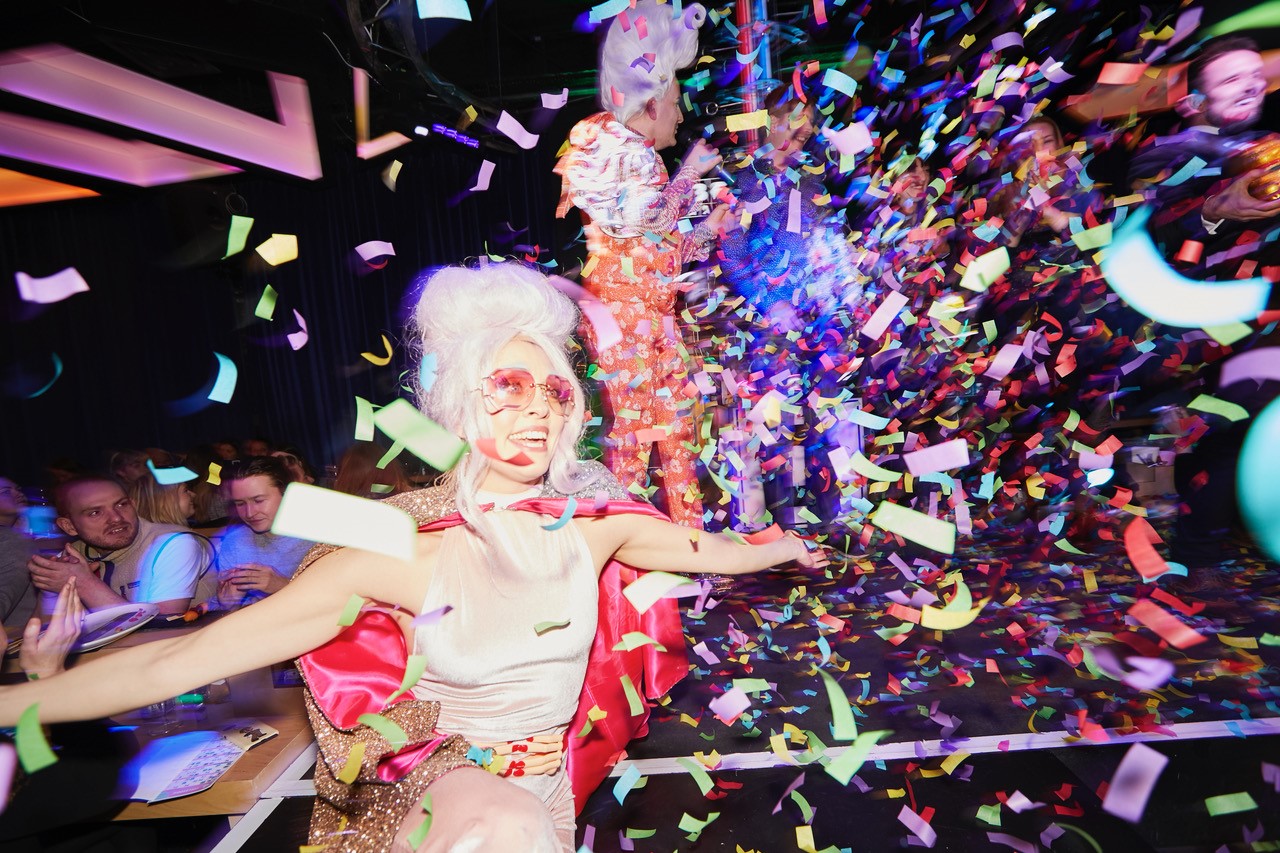 In the event of multiple players shouting ‘Bingo’ at the same time, there were mini games to determine the overall winner, including finalists wearing a Velcro suit and the audience throwing sticky balls at them, to a ‘shake off’ where three people had to shake beads from one container to another.

The finale was amazing – one of our hosts taught us a dance routine to the song ‘Copa Cabana’.  I love to dance and attend classes in London, so I was in my element being taught an actual routine! Surprisingly, there were actually a lot of moves to remember. Everyone joined in and it was a great way to end such a fantastic, fun evening. 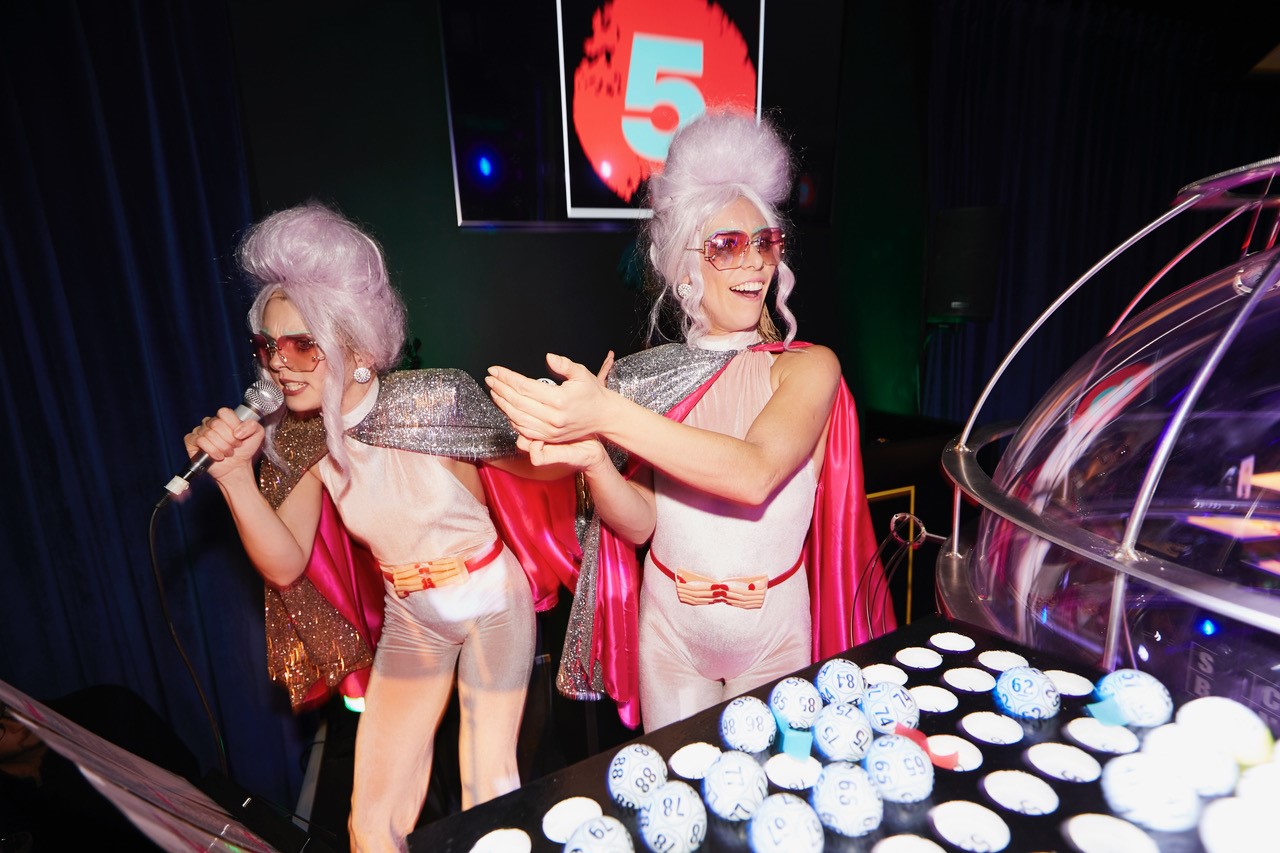 Dabbers is open every day of the week, in central London, a great location for after work activities, parties, or a night out with mates. I would definitely recommend it!

For more info and to book, check out their website here: Dabbers Bingo London

Disclaimer
*  I was invited to this press launch in exchange for a review. Views are my own.