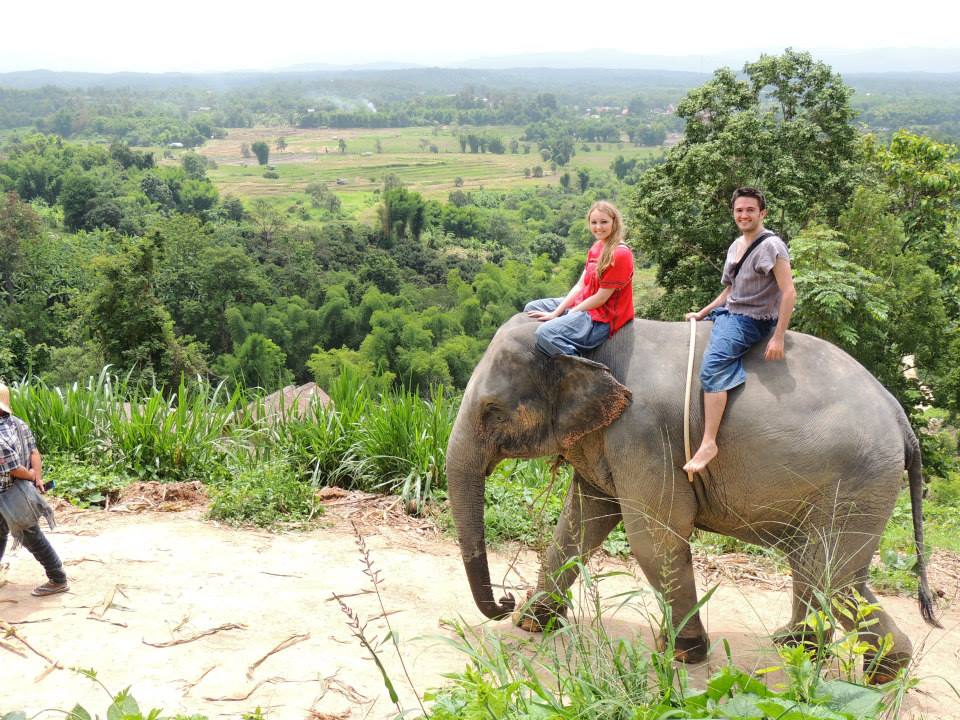 If you have a love of animals, getting up close and personal with elephants is probably on your bucket list. It was definitely at the top of mine, which is why when visiting Thailand, it was one of the first things I booked. Due to the popularity of such experiences, there are many camps that are unethical, existing purely as a business to make money from tourists, and it can sometimes be difficult separating the good camps from the bad.  Well I’m here to help!

These highly intelligent animals have close family ties, display empathy, and unlike most animals, exhibit self-awareness. It is therefore vital that you visit a camp that understands and appreciates the capabilities of these majestic giants.  I was saddened to see that a lot of camps in Thailand and around the world still advertise dance shows, paintings, and football games performed by elephants, and are worryingly still getting custom from tourists, keeping them in business.  These elephants are often kept in inadequate living conditions, forced to work long hours, and worst of all, subjected to cruel training practises.   In order to avoid unintentionally visiting one of these camps, there are a couple of things to be aware of:

The main things to look out for:

There are lots of ethical camps out there though, and after extensive research, I chose Ran-Tong (Save and Elephant Rescue Centre), situated in Chiang Mai, Thailand.

Ran –Tong is dedicated to the protection and conservation of Asian Elephants. Founded in 2009, it has rescued over 40 elephants from Thailand and its surrounding countries with the help of both public and private funding. They have rescued elephants from circuses, street begging, illegal logging industries and unethical tourist camps. There are three programs to choose from: Half day experience, Full day experience and the Baby Care Program.

We were up picked up from our Chiang Mai Hotel at approximately 8:30am and driven to camp, situated North of the city, deep in the mountains.  The journey takes about an hour and we arrived at camp just in time for the elephants breakfast, where we were each given the heaviest bucket of bananas you can imagine (they eat up to 600 pounds a day!) for their morning feed.

Once breakfast had been served, and a trustful connection had been built up, we were provided with traditional mahout attire and paired up with our elephant for the day.  I was partnered with Kamoon – a loveable BFG with a mischievous streak! Definitely my favourite! She had a single loose rope around her body to help you hold on to her but that was it.  You are told to sit on the base of the neck as this is the most comfortable part for the elephant. Once settled, we began our trek through the forest to a small canyon, where the elephants could bathe and play in the water.

The canyon is the elephants playground. As soon as the water became visible, they picked up speed and began running into the river for their daily water fight. Using their trunks to suck up the water, they continually sprayed it all over us. It was lovely to see how happy and relaxed the elephants were with their new life here at Ran-tong. It was pretty difficult to wash them amongst all the fun, but we managed to give them a good scrub down. Kamoon loved the water so much, she kept submerging herself, disappearing underwater, using her trunk as a snorkel!

We rode the elephants (bare back) back to camp where we stopped for a traditional Thai lunch. I was quite apprehensive about trying the local delicacy, especially after seeing the fried scorpions on Koh San Road, but I was pleasantly surprised with how good this was. We were served Khao Soi; a Burmese influenced, soup like dish containing deep fried crispy egg noodles, shallots, lime, ground chillies and a floating chicken leg, all in a curry sauce (similar to Massaman curry but a thinner consistency).

Lunch was particularly nice as it provided the opportunity to sit down with the other volunteers and swap travel anecdotes and tips, as well as visit the on site souvenir shop full of handmade goodies.

After lunch, we attended a one hour lesson on the evolutionary biology and physiology of the elephants.  I studied Palaeobiology at university so this was particularly interesting for me.  We learnt about the individual histories of each elephant, most which were incredibly sad, but emphasised the importance of the work being done to rehabilitate them at camps such as Ran-Tong.

After our lesson and with my new-found ability to speak “elephant”, I climbed aboard Kamoon for a 1 hour jungle trek. As I mentioned, Kamoon tends to do her own thing, so as a Geordie trying to speak Thai to an elephant….it was never going to have much effect! Kamoon made sure to take every opportunity possible to wander off. She particularly enjoyed climbing up the muddy banks, using her trunk to snap off branches and chasing wildlife, leaving us clinging on during a bumpy ride! Eventually, she decided to follow the others and as we rode out into the clearing, a spectacular view of the northern Thailand mountains and countryside awaited.

I must mention that the Mahouts are extremely friendly and are really helpful with photographs. We gave our Mahout our camera phone and he took a lot of amazing photos and videos along the way, capturing lots of natural moments.

Once we returned to camp, we fed the elephants a gruitious amount of fruit and said our goodbyes, leaving them to roam free with the rest of the herd.

For those looking to live out their dream of having a personal encounter with these beautifully gentle creatures in a cruel free environment, Ran-tong Elephant Rescue Centre is definitely worth a visit. I hope to visit again in the future.