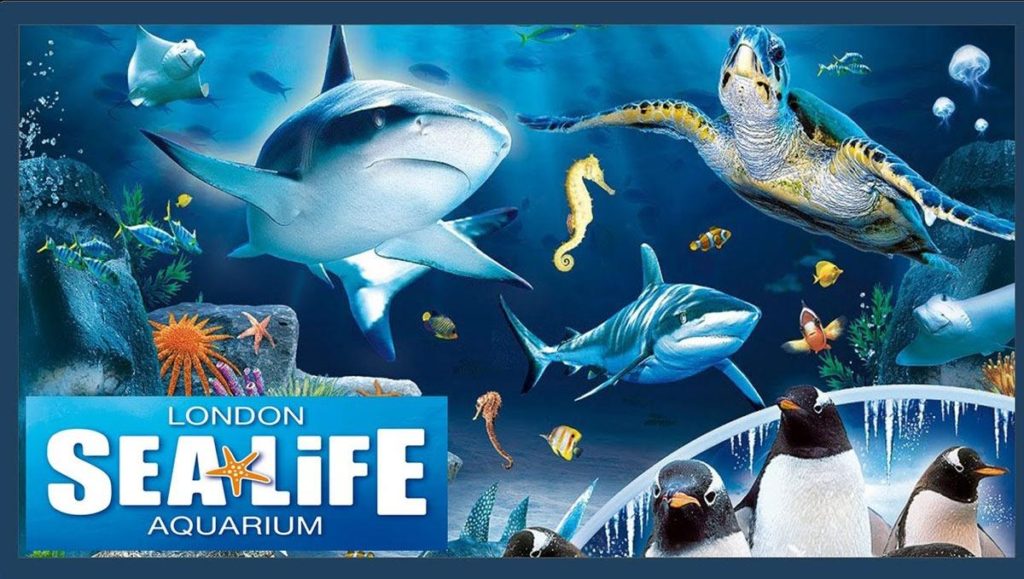 The older I get, the more I dislike the concept of Zoos and Aquariums.  I believe all animals have an equal right as humans to be free on this Earth, and it saddens me that they are removed from their natural habitat to be put on display for our entertainment. I am disgusted at places such as Sea World who confine Orca whales to pools that are smaller than the car park so when I was invited to review London’s aquarium by Merlin Events and Love Pop Up’s London, I was unsure about how I would feel.  As I was interested in seeing what the conditions were like at London’s Sea Life, I decided to keep an open mind. 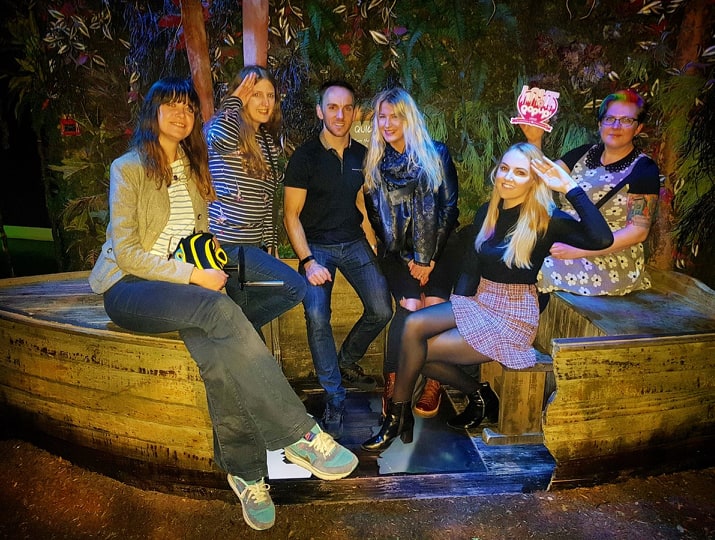 Most people visit the Aquarium during the day (as you expect), but being in London, these attractions are often very crowded and full of kids! London Lates offers an adult-only session in the evenings, with a complimentary glass of prosecco on arrival, which you can sip whilst passing over the glass walkway above their magnificent Pacific Reef display. I have visited a couple of London Lates events with Merlin Events in the past, including Madame Tussauds and The London Dungeon which I’d definitely recommend going to.  It is a completely different experience being able to enjoy the attraction at your own pace, without the crowds.

WHAT IS THE LONDON AQUARIUM?

London has over 500 different species of fish within its aquarium, as well as reptiles, penguins, and more. It is situated on the south bank, about a 5-minute walk from London Bridge tube station, a definite tourist spot.

The thing I liked most about Sea Life London, were the different zones that broke up the Aquarium.  The entrance resembled the inside of a submarine, an idea I loved, and thought it was very cool concept, especially taking the lift down into the “bottom of the ocean”.  The different zones are as follows:

Ranger Andy will immerse guests through a world of creepy crawlies, charming crocs, and curious critters.  I am not a huge bug person (to put it mildly).  I’m terrified of all things creepy crawly, but it was cool to see the leaf-cutter ants, making their way through transparent tubes that ran along the walls.  I was fortunate enough to witness these in the wild, when I was travelling through Costa Rica.

Throughout the Rainforest section, there were astronaut helmets that visitors could put their heads inside, for a closer glimpse of the bugs.  I loved the interactive element of this, and the ability for guests to immerse themselves into the environment.

I wasn’t too impressed with the crocodile enclosure as it didn’t have a lot of room to move around, and I don’t like the idea of something that large being cooped up inside a single room for the rest of its life.

I loved this section as it was home to the jellyfish! I always find jellyfish mesmerising to watch, as they undulate through the waters.  The aquarium provides a spectacular psychedelic display of colours and lights that project onto the jellyfish.  I could have stayed there for hours! Did you know jellyfish don’t have a brain or a heart?!

The ray pool was another favourite of mine.  Just like the jellyfish, I could watch stingrays swim around all day.  They look so happy – don’t they just have the cutest face?  It looks like they are permanently smiling, which I love.  It was also fascinating to see how they camouflage themselves , as they hid their flattened bodies under the sand, with their bulbous eyes poking out, waiting to spot prey swimming past them. To catch their food, they would leap out of the sand and trap it under their huge wings.

The penguin parade allows you to step into the Antarctic and see Gentoo penguins dipping and diving through a large viewing window. However, the penguin enclosures are not open during the evening as the penguins go to sleep mid-afternoon, so if you are interested in seeing them, you will have to visit during the day.

There were so many different species of fish to see.  I liked how you could notice the changes in environment depending on the types of fish that lived there.  We spotted a lot of Nemos (clownfish) swimming around some stunning tropical reefs, sea horses that clung on to seagrass with their spiralled tails, as well as large salmon that were in choppier colder waters to mimic the Atlantic Ocean.

When we arrived at the shark tank, a speaker revealed a lot of information about the biology and life of a shark, and the dangers they were facing in the oceans today.  This is where I reach a sort of paradox in my thoughts towards aquariums.  On one hand, I do not want to see sharks swimming around a tank the size of my bedroom, when they should have the entire ocean as their home. They looked so sad aimlessly swimming around in circles and it was difficult to watch. However, on the other hand, did you know that 70 million sharks were killed last year alone for shark fin soup?! 70 MILLION! And to make it worse – apparently the soup is incredibly bland and has to have tons of flavour added to it to make it taste remotely nice.  It’s statistics like that, that make aquariums a safe place for endangered species.

I was also surprised to find out that sharks don’t actually like the taste of humans.  Shark attacks occur because they mistake our body shape for that of a seal or large fish.  After they’ve taken a bite, they realise we taste awful, so swim away and leave us alone.  I guess at that point, you’re missing a leg, but still…you get my point.

Those are just two of the facts, stories and statistics on display around the exhibition.  The aquarium is incredibly educational, and I was impressed with how much information was provided at every display.  It hits home just how much humans are destroying our oceans and how we must work hard to protect those that live there. 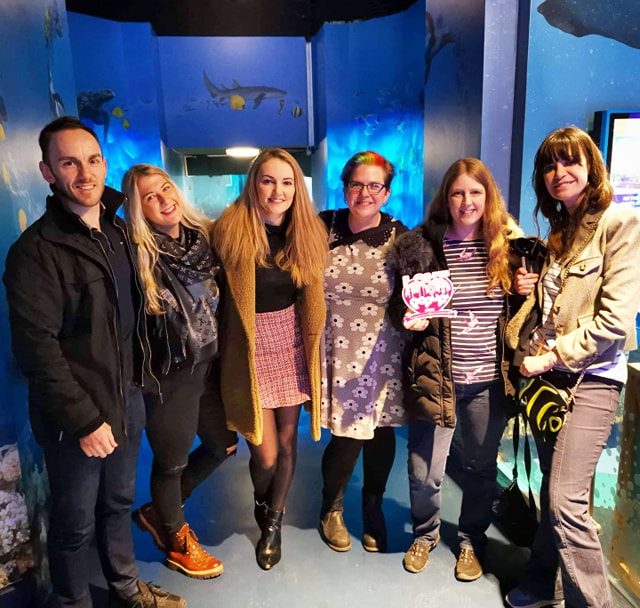 Overall, I think this is a great place for families to take their children to learn more about life in the sea.  Most of their tanks are pretty large and provide a reasonable standard of living for their range of fishes, sharks and bug life.  I do however, find the enclosures too small for their more intelligent creatures such as the large turtles, crocodiles, and penguins, and remain disappointed that these are not in their natural habitats. However, with over-fishing, climate change, and plastic pollution, aquariums offer a safe environment for these majestic creatures, and a chance for humans to see the animals that live under the sea, before it’s too late.

Disclaimer
*  I received complimentary tickets in exchange for a review. Views are my own.