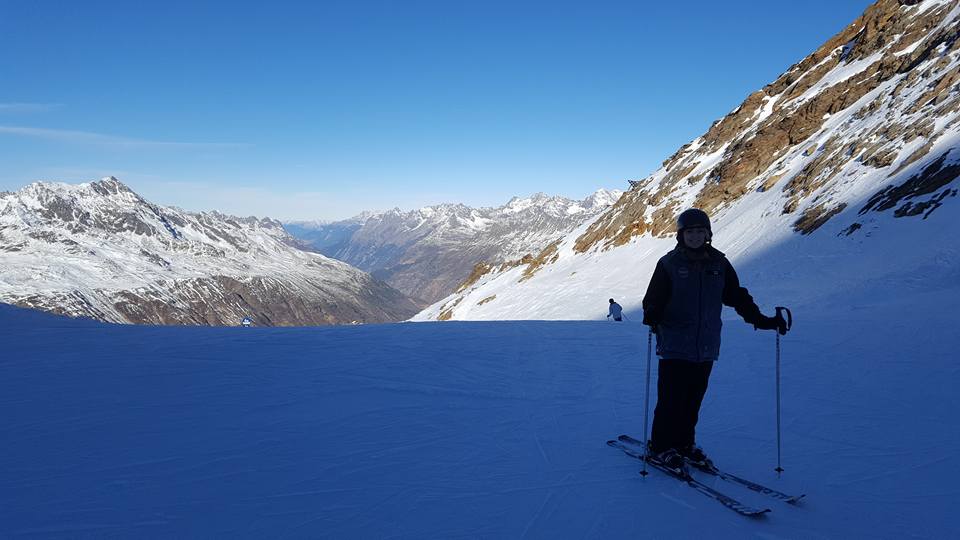 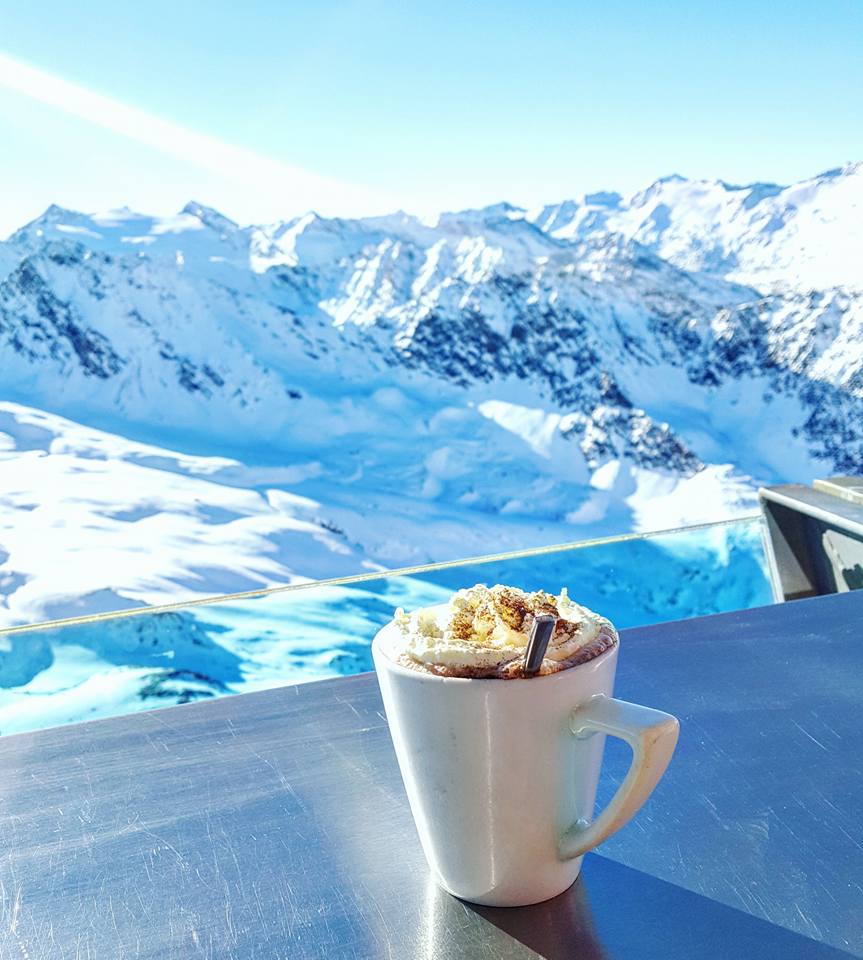 Every year hundreds of thousands of Brits jet off to worldwide winter resorts to enjoy some time in the snow.  Whether it’s the extreme sports of skiing and snowboarding that attracts them, or the stunning mountainous scenery and monochrome beauty, the partying at an incredible après ski, or just the chance to enjoy a hot chocolate above the clouds…….a winters holiday seems to have it all.

I’ve been three times.  My first experience was when I was 14 on a school trip to La Clusaz, France. The second was to Saint Gervais, France with my Mam (who at one point needed me to pull her all the way down the mountain because she was too afraid to ski down herself), and my most recent trip was with a group of friends in Obergurgl, Austria.

As I haven’t had the chance to return to the slopes this year, I was very excited to head down to Monkey Lodge 47 to get a snippet of being back on the mountains.

In the week Britain experienced the BEAST FROM THE EAST, I was very fittingly, invited to a Ski Event in Central London.  Located just a 2 minute walk from Holborn Station, in the beautiful Rosewood Hotel, lies Monkey Lodge 47 – a wooden ski chalet, complete with fur skin seats and fire pits.

The event was put on by The Post Office to raise awareness around safe skiing.  With so much fun, people can often forget about the potential dangers that can arise and what’s worse – the fact that their insurance doesn’t actually cover them!

Our experiment?  To take part in a Virtual Reality ski challenge where reflexes were tested on the virtual slopes before and after consuming alcohol……all for science of course.  Our performance was recorded to see the effects alcohol can have on your ability to get down the mountain after a wild one at an Après Ski.

I’ve never done virtual reality before and it was so much harder than it looked!  As soon as you put on the goggles, it really does feel like you are on the slopes (I guess that’s the point right?), but seriously, it’s super cool.  As you skied down the slopes, there were boulders to avoid, fences to jump over and tight corners to make.  I did pretty well, in fact, I got the best sober score of the night (yeyy!) so that was reassuring to know, that without a drink I can make it back to my hotel in one piece.

Once the score had been recorded, I was able to go and explore the lodge…and what a treat!  The venue itself was stunning.  People gathered around the fire pits drinking mulled gin and wine, there was a variety of alpine treats including delicious cheese boards and multiple canapés, and Dr Hilary made an appearance to give advice on how to stay safe on the slopes!  Aside from the incredible decoration, food and drink, there were masseuses there to give you a shoulder and back massage, which I took full advantage of!  I also ended up in a very intense board game “Ski Run” with my new friends Emma and Rebecca.  Once again, it was really nice to meet a variety of people and make new blogger friends.

Four glasses of wine later, it was time for my second attempt on the VR machine. The result?  I actually skied further than I did sober which would have given me a better score……..if I hadn’t have killed 2 deer on the way down! Oops.

So what was the purpose of all this?

The purpose of this event like I said before was to promote safe skiing.  Approximately 1/3 of British skiers sustain some form of injury while on a winter’s sports holiday, most of which occur after alcohol has been consumed.  A survey commissioned by the post office found that 19% of British skiers sustained serious injuries on a ski holiday, including broken bones, sprains and concussions.  Adding to the pain, over 48% of British skiers didn’t have any travel insurance which is insane considering if you need to be taken down the mountain in a helicopter for example, the trip down costs £2,500 (and that’s before you even get to the hospital!)

A lot of holidaymakers assume they are covered for winter sports as part of their general travel insurance policy, only to find out they aren’t covered at all, until it’s too late. A European Health Insurance Card (EHIC) is important to carry on you when traveling abroad, but this only actually covers some of the costs when it comes to medical expenses. Furthermore, most holidaymakers don’t know that their insurance claim can be rejected if they pick up an injury off-piste, or if their medical report finds that alcohol played a part in their injury.  That’s right folks, your insurance becomes void if you injure yourself after a few beverages at an après ski event!

Now, if you’re like me, and leave an Après Ski fully aware you  shouldn’t attempt the ski home, there’s always alternative methods to get down (I ended up having to hitch a lift off a snow mobile after a few too many in Austria!)

So there you have it, don’t drink and ski kids.  Not only could you run over some deer, or crash into a massive boulder……you won’t be able to claim any of it on your insurance.

Thank you again for inviting me along Post Office.  I had a great time.  It was everything you would want from an alpine event.  Luckily, in this instance, I didn’t have to ski home, and opted for the safer method of the London underground.   To top it off, we got the most amazing goodie bag for our next skiing trip!!! If anyone wants any tips of what to pack, take a look at this! 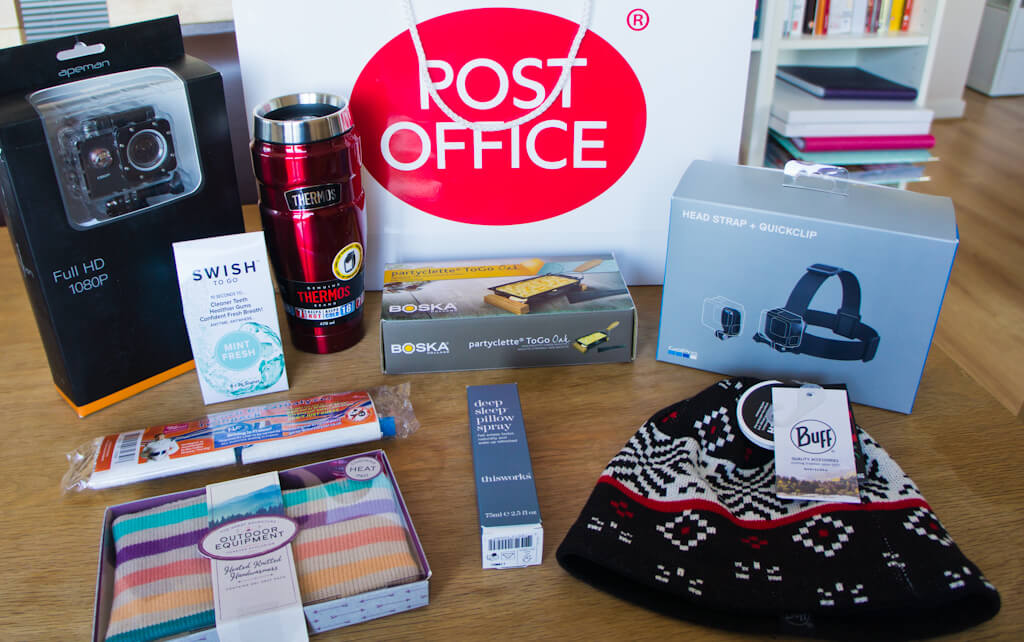