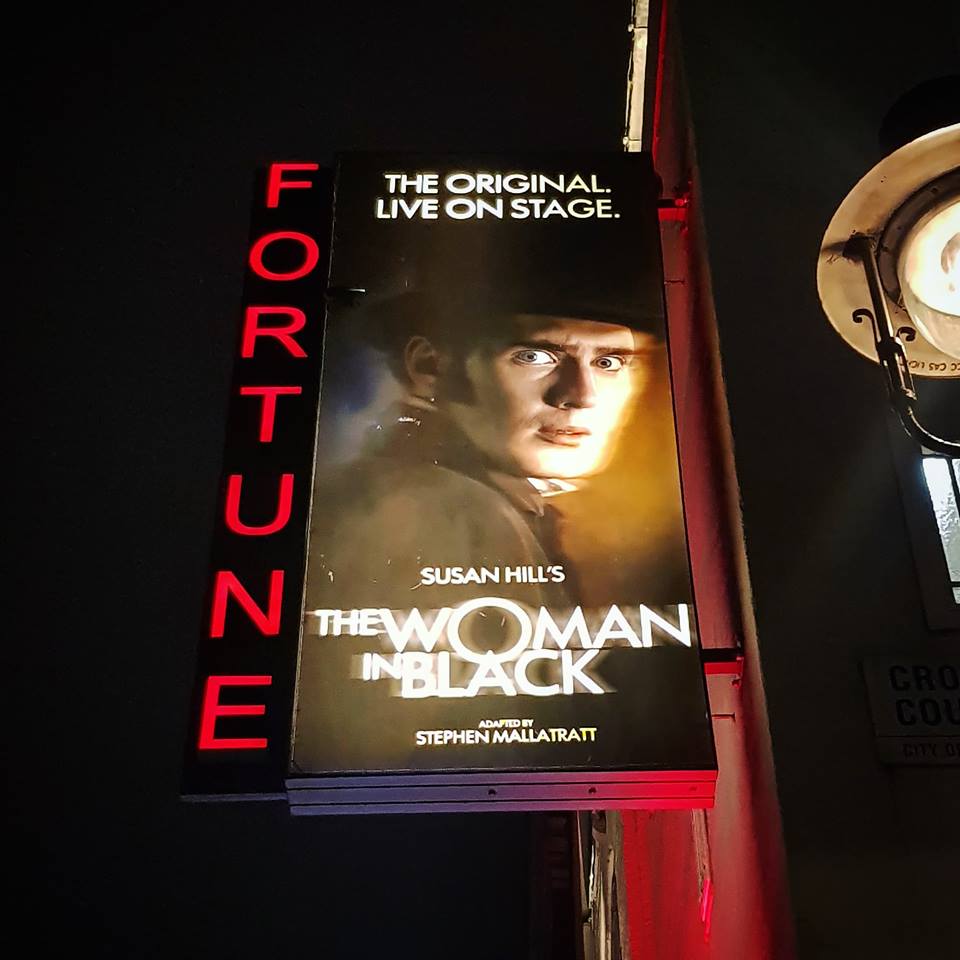 In the run-up to Halloween, I have been exploring a variety of ‘scary’ experiences in London.  My most recent Halloween outing, was a visit to London’s West End to watch the live production of ‘The Woman in Black’.

Susan Hill’s The Woman in Black is a West End phenomenon that has been seen by thousands of people from around the world.  Most of you may know The Woman in Black from the horror movie starring Daniel Radcliffe, released in 2012.  I remember watching that movie and being absolutely terrified.  I spent the entire 2 hours watching through my fingers, jumping and screaming every time she appeared on screen (usually in a window or mirror reflection!)  I had been curious to see how this story was translated on stage, and so was thrilled to be invited down to London’s West End to review it.

The Woman in Black is held at the Fortune Theatre; a very small 432 seat venue which allows for an intimate and ambient setting.  The theatre is a little worn, with wooden beams, old chairs, and a small sloping stage, creating the perfect eerie atmosphere needed for this play.  Fortunately, we had amazing seats, situated in the stalls, so had a great view of the entire production.

The stage adaptation is slightly different to the movie in that it is based in the future, after the events have happened, rather than at the time of the event.  It takes on the form of a ‘play within a play’ which is very clever and something I have never seen before. 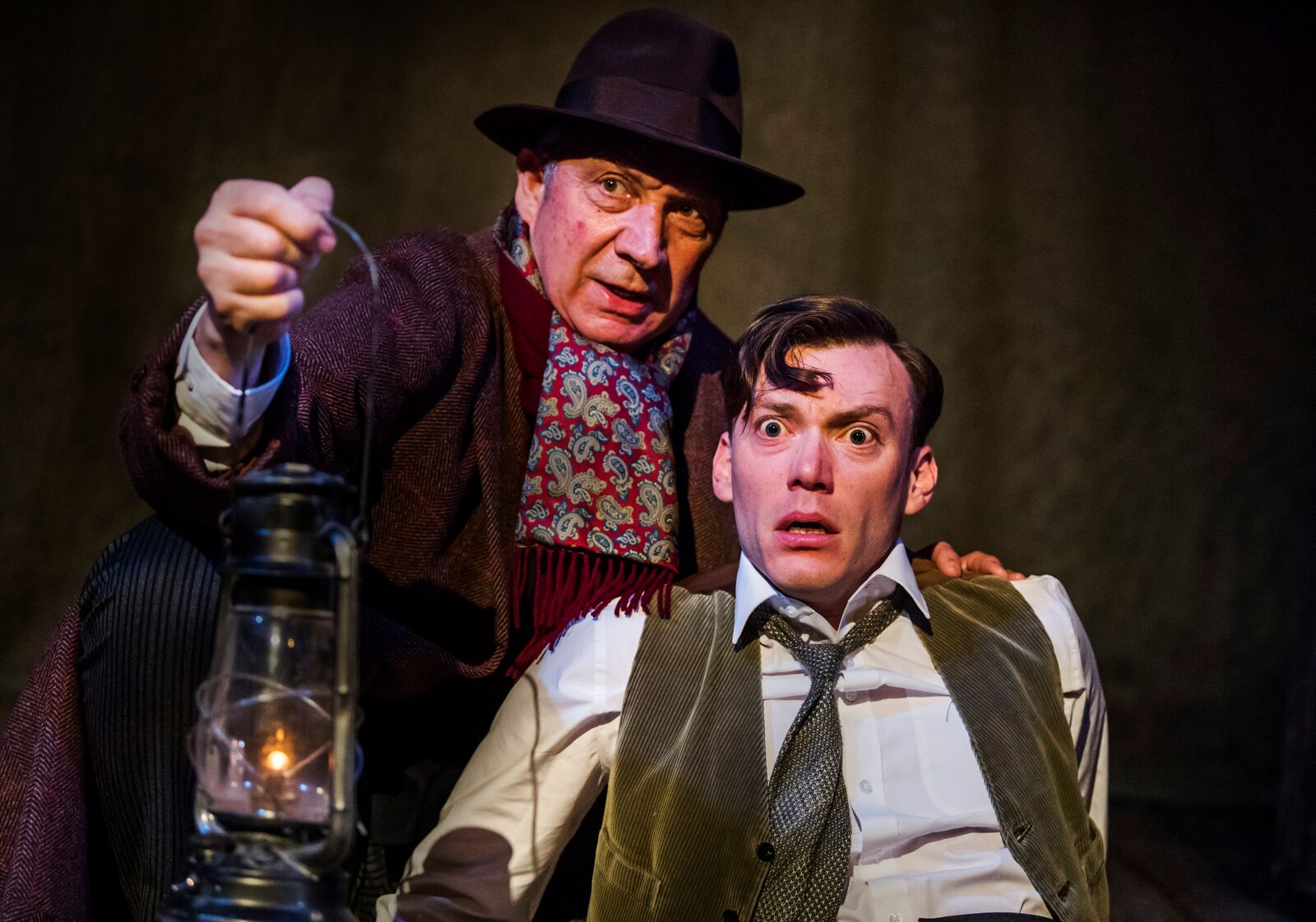 Arthur Kipps, now an old man enlists the help of a young actor to share a horrific experience he endured in his younger years. As the ‘young actor’ takes on the role of a young Arthur Kipps, he acts out the story of his memories, from his visitation to the haunted Eel March House.  The real Arthur Kipps helps him, by acting out a variety of characters he met along the way.   The play switches from present day, where Arthur and the actor are discussing scenes and their current life, to ‘in scene’ where the actor is in character, reliving Arthurs past.

What happened to Arthur?

The Woman in Black is a story of death, desperation and disaster.  When Alice Drablow of Eel Marsh House dies, Kipps is sent to settle her estate.  Despite the many rumours surrounding the ill-fated house, he sceptically takes on the case, soon regretting his decision as he slowly discovers the dark secrets the isolated house on the moors has harboured for decades.

Is the play worth seeing?

I was really apprehensive about seeing the play due to a flurry of mixed reviews online.  There are some reports that the play is dull, with some people disappointed in the small cast and the lack of music or special effects.  I would really like to address these reviews as I think they are completely unjustified and shouldn’t put anyone off visiting.  Obviously, if you are travelling to London for the first time with the hopes of seeing a huge West End musical, then this play is definitely not that.  This is a small, intimate, traditional play, which for me, is what I loved about it.  There are no gimmicks, no songs, and very basic props that are used to tell the story of Arthur Kipps.  For two actors, in my case ‘Richard Hope’ and ‘Mark Hawkins’ to be able to captivate an entire audience, with such a simple set, is testament to how incredibly talented they are, and how gripping the plot is. The play is performed exactly how it would have been for its time, providing a completely authentic experience, and requires the audience to use their imagination, which is rare in modern day.

The unique special effects are simple, yet effective.  I loved how a tape recorder was used to play a variety of background sounds.  It had the ability to easily transport the audience back and forth between scenes.  This was coupled well with the difference in lighting.  When the actors were in the present day, the lights were white; when they were in character, the lights transitioned to a dark yellow.  Again, this proved very effective in distinguishing timescales.  My favourite “prop” was the ‘transparent curtain’ which revealed a whole new environment once a certain light was shone on to it.  It represented a deserted grave yard, as well as the inside of Eel Marsh House.  This added an extra dimension to the set and added to the mysterious and sinister nature of the play.

Surprisingly, I didn’t find it THAT scary and I jump at everything.  I think I was enjoying it too much to actually be afraid, plus I found the screams from the audience more comical than scary.  Saying that, there are definitely moments that had me jumping out of my seat, especially during sightings of the ‘Woman in Black’, who of course appeared at the most intense moments.

Additionally, there is a chilling plot twist at the end which I loved although my lips are sealed to avoid spoiling it! 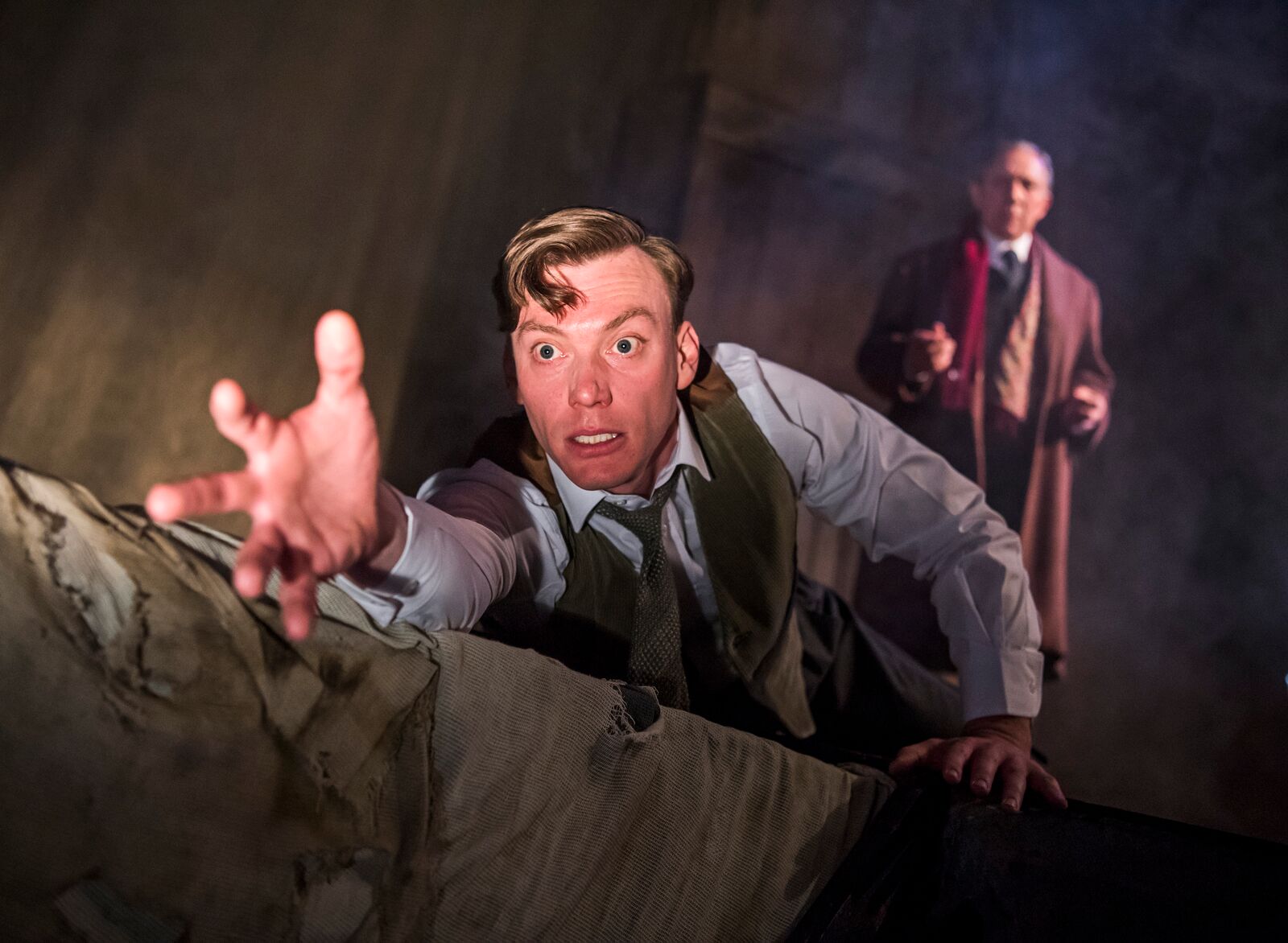 I really enjoyed this play and appreciated the simplicity of traditional theatre.  There’s a reason this psychological thriller has gripped audiences for decades and continues to sell out week after week.  With Halloween drawing closer, this is a great time to go and see it!

For more info on how to book, prices, and availability, please see their website: The Woman in Black

Disclaimer
*  I received complimentary tickets to review this experience .  Views are my own.